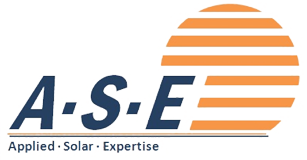 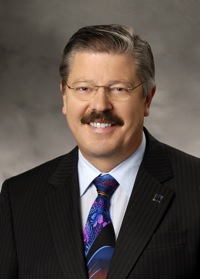 Dr. Winfried Hoffmann graduated in physics and did his PhD-thesis in biophysics. He joined the just formed photovoltaic R & D group for thin film solar cells of NUKEM in 1979 and took over its leadership in 1985. His focus was Applied Research towards industrialization in the area of CdS/Cu2S – Thin-Film solar cells and modules, amorphous Silicon as well as Dye Solar Cells. The focus on PV systems in these years was for decentralized off-grid applications (e.g. Solar Home Systems and water pumping in developing countries).In the mid-1980s and 90s a pilot production for MIS-inversion layer c-Si solar cells and large area modules was put in operation.

He initiated the Joint-Venture in the photovoltaic field between NUKEM and Daimler-Benz Aerospace to form "Angewandte Solarenergie - ASE GmbH" in 1994 where he served as Managing Director. In the same year the acquisition of 100 % shares of Mobil Solar as a subsidiary company was done with special focus on their developed ribbon EFG technology. In the late 90s the company was renamed RWE Solar and was one of the worldwide 5 biggest production companies. The first inline PE-CVD machines for SiN were developed and built in these years.

In 2007 he joined Applied Materials to become Chief Technology Officer and Vice President of the Solar Business Group and member of the Management Board of the German based Applied Materials GmbH. From November 2010 until March 2012 he served with his consulting company Applied Solar Expertise - ASE to the solar business of Applied Materials.

He served many years until 2008 as member of the Board of the German Solar Economy Association (Bundesverband Solarwirtschaft – BSW Solar), at last as president. Until March 2014 he was for 17 years member of the board and half of this time president of the European Photovoltaic Industry Association (EPIA), now SolarPower Europe in Brussels. In 2010 he was appointed member of the High Level Expert Group on the European project "Key Enabling Technologies", supervised by three commissioners, with a final report on June 2011.

He is currently independent consultant and business angel to start-ups. Since March 2017 he is member of the Board of Directors of Solnet Group B.V., headquartered in Amsterdam. He is also a member of the Scientific Board of the Institute for Solar Energy Research in Hameln (ISFH).
Since 2011 he gives lectures about Renewable Energy at the universities Konstanz and Freiburg.

In 2012 he received the John Bonda prize from EPIA and the prestigious “European Becquerel Prize for Outstanding Merits in Photovoltaics” from the European Commission. The World Renewable Energy Network (WREN) awarded him as “Solar Pioneer” in 2014. From the Solar Business Club he received the "Solar Future Visionary Influencers Award" in 2019.